I’m just going to say it. I think the most of generation eight’s pokemon are hideous! This is the first game I didn’t use any of the region’s new pokemon because I simply hated the majority. I created a team in Pokemon Sun and waited until Pokemon Home released so I could transfer it into Pokemon Shield to play. I didn’t even use my starter, and I don’t think the starters are awful (they’ve grown on me a little, but not enough that I want to use them). And no, not all of my favorite pokemon are cute nor do I think all pokemon should be. Heck, the team I transferred had some pokemon I wouldn’t consider cute (like Trapinch and its evolution line) and I put Absol, who I don’t consider cute (but cool), on a previous list. So, cute is merely one preference.

Still, Galar was difficult. Like with my Alola list, I couldn’t pick out ten cute Galar pokemon, although I did manage to make it a little longer than that one. So, here we go! The cutest Galar pokemon.

I’m thinking I find Scorbunny cute because I adore bunnies in general, though I think it’d look better without that bandaid-looking mark between its eyes. Its evolution line is also probably the least bad-looking of the starters, although I don’t understand why so many fire starters grow to look like fighting-type pokemon (although Scorbunny keeps its pure fire typing throughout its evolution).

Wooloo is one of the few Galar pokemon I found cute from the start, and its evolution, Dubwool, looks cool too. I think it could’ve had a better name, but I guess it fits because of “wool” being part of it. I admit playing the game is what really made this pokemon grow on me. I love that it rolls to move around. That is more adorable than it should be!

This one could probably be attributed to my love of flowers. I find Gossifleur and its evolution, Eldegoss, to be cute in a strange way. But weird cute is still cute.

Alcremie is another I found cute from the start, and is the cutest one to me. I would’ve used it if it weren’t so difficult to get! Alcremie’s pre-evolution, Milcery, is ridiculously hard to evolve! If I manage to trade for Alcremie, I’ll put it (and Wooloo) on my team if I get Sword. Not to mention it has nine different forms, and whichever form Alcremie evolves into can never be changed. Of course, they make the most appealing pokemon the hardest to attain. Of freaking course.

This one may have been a given, considering I like Kanto Ponyta. And it’s not any particular love of horses I have. I don’t. But Galarian Rapidash looks like a substitute Princess Celestia! Galarian Ponyta fits right in with My Little Pony! If I didn’t know it was from Pokemon, I’d assume it was from the 80s My Little Pony cartoon. It could fit in with the Care Bears too.

For me, Indeedee is similar to Espurr, although its picture isn’t as creepy-looking as Espurr’s game sprite. Its name is strange, but it’s not like I can think of a better one.

I’ve noticed my Pokemon posts are very popular, which is a shock to me since those posts are at least three years old. Nevertheless, I stopped at Kalos because Alola, the seventh generation of Pokemon, wasn’t released yet. Unfortunately, I couldn’t fill this list even halfway to ten. I guess I’m either too picky or Alola has a few less cute pokemon than previous generations. I’ll assume I’m picky.

END_OF_DOCUMENT_TOKEN_TO_BE_REPLACED

Down to the final list. The top ten cutest Kalos pokemon!

END_OF_DOCUMENT_TOKEN_TO_BE_REPLACED 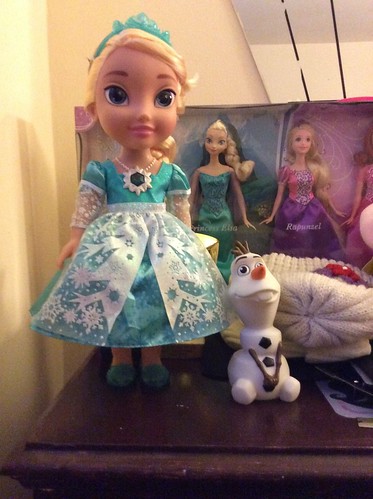 I put this off for a long time, but now, here’s the Unova list!