I debated between making this a birthday post or a blog anniversary one. I chose birthday since it’s not about the blog.

Today is my 28th birthday. A decade since what was supposed to be my HS graduation year (was forced to take an extra year due to transferring districts). It feels rather surreal. I don’t know how to feel about it.

I know 18-year-old me would be surprised I’m still here, and at the things I do. I dealt with bullying throughout all of my school years. Always had a few friends, but was overall extremely shy, didn’t do extracurriculars, and struggled with schoolwork. Didn’t date at all (because any guy who asked me out did it only as a joke), and I was heavily sheltered, so outside of the occasional afternoon with a friend, my time out of school was spent at home. Wanted to work, but they didn’t want me to do even that. Yet, complained I never went out. Huh.

And, finally, the biggest one of all:

If you told me at 18 this is what I could reflect on in ten years, I’d call you a liar and glare at you like you sprouted a second head. If 2020 hadn’t been the year it was, my boyfriend and I would’ve moved in together, but it’s now in the cards for 2023.

I say often I don’t feel my life differs much from when I was a teenager, but what I listed above is very different. None of that describes me at 18 at all.

But I still want someone to hug me, rub my back, and tell me I’m okay. I still need that.

Happy April Fool’s Day, but this post is not a prank. Counting today, my 25th birthday is in 27 days. That surreal feeling has come back and it is stronger than ever.

Actually, I think about it a lot. How my mother was a parent at my age. My mom’s birthday is in July, so she would still be 24, but at the time, she had a nearly three-year-old child (me) and was about seven months pregnant. I cannot imagine. In that post, I said I couldn’t see where I’d be at 25. I wasn’t sure this blog would still be around. Well, at 25, I’ve finished school and am looking for a job in what I studied while dealing with retail for the time being. I also have student loans and credit card debt.

I don’t know if my mom had any debt, but I know her circumstances at the time weren’t much different than mine. I try to imagine having one child, but I can never figure it out. People say “you’ll figure it out”, but I genuinely can’t. I’m barely keeping myself above water. My retail job barely covers my monthly expenses. At best, I may have an extra $10 or $20 after I cover my bills from week to week, and that’s far from enough to care for a child. Heck, just if I were pregnant, I’d be in hot water. I have health insurance, but I’ve still had to pay out of pocket for some medical expenses. What about things like pre-natal vitamins and maternity clothes? And what if I couldn’t keep working while I was pregnant? I know many women work up until just days before they’re due (I had a manager who went on maternity leave and gave birth a week later!), but not everyone can do that. Pregnancy itself isn’t a cakewalk, but some are worse than others. And it’s not free to give birth! You get a bill for giving birth in a hospital, despite that’s the safest way (statistically speaking; there is sexism around childbirth).

If I’d be in deep mud before the child arrives, I’d metaphorically drown when the kid finally is here. Sure, I don’t have to spend $300 on baby clothes they’d quickly outgrow and constantly throw up on. But a crib? Diapers? Changing pad? Stroller? Bottles (don’t say breastfeed; the kid wouldn’t be in my care 24/7 because I’d have to work)? Bibs? Formula? Daycare? That alone would be nearly an extra $1,000 a month, and that’s cheap. That’s actually more than my monthly expenses. And these would be the expenses for a healthy baby!

But it crosses my mind a lot because of the way I’m currently struggling and knowing my mom did it over 20 years ago. A popular meme I’ve read is about how having your kids young means you’ll be free in your 40s and be able to do everything you missed out on when your kids were young. The problem is that assumes you’ll be well off by the time your kids are grown, and they’ll move out at 18 and not move back in. My mom’s financial situation is no better now than it was when I was an infant, and my sister and I aren’t well off either. It may be worth mentioning my grandparents also weren’t well off. I think this is what’s called generational poverty.

I know this surreal feeling will pass, but I’ll never not be astounded that people do this. For the record, I know how my mom did it. She had government assistance. And no, I don’t think that’s shameful. But to see in twenty years, her situation hasn’t changed – and to know it’s been this way for two generations, three if I count myself and my sister without kids – is depressing, to say the least. I hear “there’s never a good time” and “you’ll never be ready”. Maybe that’s true, but if I wanted kids, I sure wouldn’t willingly have them when I couldn’t pay rent if I needed to. Maybe there really never is a good time, but I’m sure it’s a bad time when daycare alone would take more than your entire monthly income.

For the sake of my curiosity, and my absurd enjoyment of creating lists, I’m going to add up those expenses. Let’s say I get what I can what from the store I work at.

Baby outfits? Let’s go with a set of four. Those usually cost about $8.

Bottles? We have packs of three that are about $4.

Stroller? An umbrella one is $20, but those aren’t exactly sturdy and probably not good for a newborn child. The sturdy ones are $50 at cheapest.

Changing pad? I can’t remember how much in-store, but according to their website, their cheapest is $15.

That’s all the necessities I could get from my job. My job is near Wal-Mart, so I could get diapers and formula from there. Lowest is a pack of 20 diapers for $5, but on average, a newborn uses around 10 diapers a day, so that’d only last two days. So, that’s $20 for a week’s worth of diapers. Baby formula, for a box of one quart, is $7, and that would last only a day (a quick Google search tells me newborns drink 2 to 3 ounces per feeding every 2 to 3 hours; a quart is equal to 32 ounces). A week’s worth of that would be $49, and that’s for 7 individual boxes. A pack is more expensive!

“But you’ll only buy one crib, one stroller, one changing pad…”

Okay, but I’ll need more clothes when my baby gets bigger, and diapers and formula for a month still total $276 (again, before taxes). Also, I need to work, so again, daycare. Using a local one here I searched, that’s over $900 a month. Round up, and baby’s expenses are about $1,200 a month, on top of my own and not including new clothes for the baby. If my retail job barely covers my expenses, where am I getting an extra $1,200 a month? Once again, this is assuming the baby is healthy and born with zero health issues.

Exactly. I have no clue and I’m not curious enough to find out. The whole idea makes my head spin. And yes, I know there are people my age and younger who are supporting kids on minimum wage jobs. I have a supervisor who does it. Let me put it this way: just because it’s doable doesn’t mean I want to find out how. And just because one person can do it doesn’t mean someone else can. Assistance doesn’t cover absolutely everything.

I’m sure this surreal feeling will pop up every so often. Maybe near every birthday. I don’t know.

I wish those who are financially struggling, with kids and without, the very best. As for myself, right now, I only wish to find a better-paying job in my field.

My birthday is in two days. I could not care less.

Is it what I’m putting myself through even worth it?

Is all this stress really going to pay off in the end?

Is there a point to this struggling besides making me wish I didn’t exist to deal with it?

Does it matter if I return to school or keep working?

Is being frugal worth it if I’m broke anyway?

What is the result of all this? What am I supposed to look forward to?

Does it even exist?

The only “good” thing about this birthday is it lets me return to school.

My hours have been cut, I am pinching pennies, I can’t afford so much as a pack of cupcakes, and I have no one to spend it with. 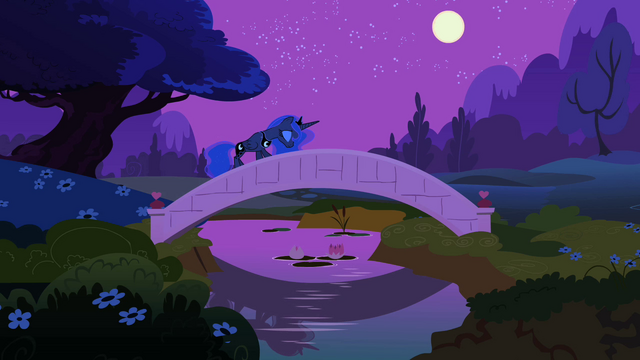 To My Best Friend

Today is my best friend’s birthday. We’ve known each other for six years (and counting), and there’s not a day I’m not grateful for her.

We don’t see or even speak to each other much because of what goes on in our own lives, but we try. The one thing that makes me miss my high school years is we walked home together every day. And besides that, those years can die in a fire.

I don’t know what she thinks of herself, but I know what I think of her:

She’s someone to be admired and I’m so glad our friendship didn’t falter as high school friendships typically do after graduation. Whatever her goals are, she has me behind her.