I can’t think of a better name for goals you make in the middle of the year.

Recently, the thought occurred to me I likely meet so few of my goals because I overwhelm myself with them or get stupidly excited. Hence why I skated only once since buying skates for myself. That, and skate rinks have really weird hours.

I want to try setting some not-so-pressured goals for myself and see where that goes. Since this blog needs activity anyway, why not here?

END_OF_DOCUMENT_TOKEN_TO_BE_REPLACED

YNAB: Not For Lower Class

I already talked twice about my short experiences with the software You Need A Budget. I was able to get a free year for being a student, so I decided I’ll keep it. The company, on the other hand, can bite my dust.

Apparently, I have an improper definition of the word “budget”. I always thought budgeting was to manage your money. At least, that’s what I and everyone I know does with it.

But apparently, YNAB is to manage your behavior.

Let me put it this way: if your annual salary has six figures, you don’t have a money problem.

More so, I notice a lot of users who worship the ground YNAB walks on couldn’t fight their way out of a paper bag. It’s a nice tool – I believe that – but I question how some of these people get dressed without help.

One comment I recently read was from a user who claimed she used Mint for ten years and would cry when she looked at it because she could never figure out where her money was going.

I have Mint, and it tells you that. Really, it does. That’s kind of its point. But unless you use only use physical cash, your bank account’s history will tell you where your money is going. Again, I would know because I’ve had a bank account for nearly a decade. I don’t know how long the history extends for each bank, but mine goes back seven years.

There’s no way that user didn’t know where her money was going. More likely scenario is she knew and didn’t want to acknowledge it.

I no longer have weekly panic attacks over money. I used to ignore my bank account and just wait for overdraft emails because I was too afraid to check the account to confront my wasteful spending.

I’m not knocking anyone finding what works for them, but both of these people needed  counseling, and I’d wager many other users do as well. How can you recognize you’re acting like a twit and continue to act like a twit?!

I came to find, in my opinion, the company as a whole is tone deaf. Maybe that’s not a surprise. It’s for profit, not charity. I have the physical book and while it has some good advice, I did not read it in its entirety for two reasons.

As an example, something that really got on my nerves is his motto of “debt is never an option”. He’s entitled to his opinion, but I’m equally entitled to mine, and I think that motto is garbage.

If he was referring only to debt like credit cards, I’d still disagree, but I would find it reasonable. But he means no debt whatsoever… despite he has a mortgage. 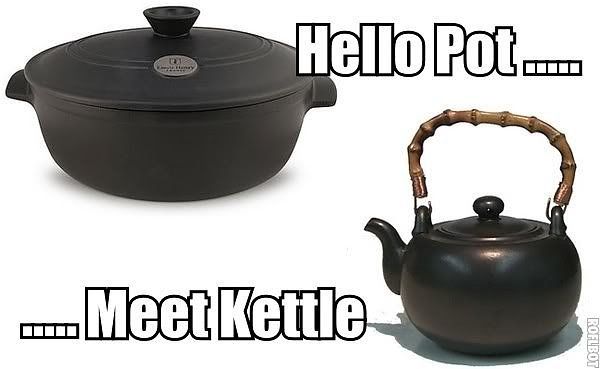 Find me a doctor, a lawyer, a veterinarian, a dentist, or a person in any profession that takes more than the standard four years who didn’t take out loans, and get back to me. Ask them if they regret that career while they’re at it.

My local community college charges $10,560 for one year, and that’s solely the tuition. Minimum wage in my state is $10/hr and after taxes, a full-time worker is likely bringing home only around $15,000. And scholarships are luck-based (talk to my straight A best friend about that one). In other words, I wish the 18-year-old trying to pay for college without financial aid a ton of luck.

Yes, I think student loans can be better handled, but unless someone does the stereotypical “$100K for a degree in underwater basket weaving” (and that is a real degree!), student loans aren’t that horrid of a debt. Life is easier without them – big duh – but they’re not terrible for financing an education if you don’t take more than you need.

Also, sometimes, stuff happens. I want to know the person who can pay for $10,000 worth of dental work upfront in cash before the dentist simply has to say “screw it” and remove their teeth. Or the $25,000 medical bill because you broke your arm and your insurance doesn’t want to cover it (can you guess I live in the US?). Health problems aren’t exactly patient. Sometimes, it’s debt or (very slowly) die. Take your pick.

I reiterate: YNAB is a nice tool. It’s useful, and I find it to be a similar case to the game, The Sims. It’s not the only budget tool to exist, but it’s one of a kind in the same vein The Sims isn’t the only simulation game, but has no viable competition. Still, I advise the actually financially struggling group to avoid it.

Someone in the subreddit proposed the idea YNAB being associated with low-income folk wouldn’t be a good look, and sadly, they’re likely right when you consider how people on that side of the scale are regarded.

I think educators need to set their expectations to reality.

This is akin to expecting a passionate answer for why you want to work a minimum wage job. I’d argue it’s worse. At least, you’re paid for the time you invest in that job. College is the other way around. You pay them to invest your time. Not to mention grades are what determine whether or not you pass the class, not passion.

Perhaps if “general ed” weren’t a requirement, educators would see more students with a passion for learning because said students won’t have to get the course over with to get to the courses they have interest in.

I hate essays. I hate being told what to write about and what formats to use. I hate having to pad out papers for the sake of fulfilling the requirements. The fluff has proven to be more irritating than much else. The fact that almost no one would participate in discussion if it weren’t a requirement should say something.

What I hate most is needing to pretend I have something nice to say when I don’t. No, this essay about songbirds doesn’t make me want to learn about songbirds. It’s too long, nearly put me to sleep, and I’m relieved it’s over. No, I don’t want to tell you where I’m taking my classes from. These classes are online and my location is not your concern. I don’t care you like roller coasters and you don’t care I eat too many sweets.

The essay I completed is not due for two weeks, but I did it on the first day because I wanted to get to the point. And the point was “complete this assignment”. I didn’t turn it in, but I completed it. Now, I wait. In the meantime, I’m still trying to come up with a sugary, fluffy introduction for the discussion boards. As this post may suggest, I am only good with the sugar that goes in my mouth. Faking sweetness? Not so much.

There are classes I’m interested in required for my degree, but “English” and “First Year Experience” aren’t on that list. I would prefer Spanish and a class about finances. Unfortunately, not options at the moment, so I’m doing what I need to do to get to them.

On the upside, it seems these classes are providing sufficient material for my blog. I can’t remember the last time I did back-to-back posts.

Yesterday was my first day of returning to school. I now remember why I never liked English or “general ed” classes. I can’t think of anywhere else there is so much fluff and fakery. I think I’d be willing to pay more in tuition if everyone would get the point and I didn’t need to read five paragraphs of fluff to care about what the heck you’re talking about!

I realize the irony of this when I keep a blog. But my blog isn’t mandatory. It’s something I keep for my feelings. Since any response less stuffed than my teddy bears isn’t acceptable, I’m putting my real answers to the intro questions here. I’ll fake something for the teachers later.