There’s an expression that hard times help you discover your true friends. I agree.

Recently, I lost my car in an accident. Of course, I’m disappointed and I miss my car, but I’m also glad it happened because of what it unveiled.

The paternal side of my family is ridiculously car-dependent, to the point they were immediately pressuring to get another car, despite I have no savings (though I’m rebuilding that), and I was barely staying on top of the expenses of the first. Bikes are super dangerous, and I’m out of my mind for getting one as a temporary solution for the time being, but cars are totally safe. Never mind I’ve never been hurt on a bike, but was nearly killed in a car. No, they want me to have a car, so the accident and my well-being are totally irrelevant. Also, I shouldn’t have a bike because I hadn’t ridden one since I was a child. Never mind riding a bike can be relearned rather easily if your legs still function fully, and no one was this concerned about me going behind the wheel of a probably five-ton vehicle that could kill someone on impact after a few weeks of scarce driving lessons.

Meanwhile, my boyfriend and his family were immediately worried for me. My boyfriend freaked out, his mother said she’s glad I was okay, and his sister’s first question was if I’m in physical therapy. No questions about when I’m getting another car, only that they’re glad I’m alive and unhurt.

That speaks for itself.

My father, in particular, is the one who utterly lost his mind about me choosing to wait on getting another car. He genuinely considers a car a necessity akin to the need for food. Up until this point, I always had a good relationship with him, but my loss of a car severed it. I suppose that tells me my worth as a daughter. It’s not that surprising – he’s never been into “fatherhood”, and he considers men who push baby strollers (in other words, care for their children) to be pathetic – but it’s still left me in some kind of shock.

However, the reason for this post isn’t his attitude about my lack of a car. No, the straw that broke the camel’s back is my father insulting my boyfriend through a series of texts.

He tells my mother I can’t drive, yet somehow, is still angry I don’t want a car. He believes driving and biking are the same skill, and he thinks I’m irresponsible for not immediately getting another car, despite I have no savings or money for it right now whatsoever.

The insult toward my boyfriend is insisting he is a “useless, loser” for having no interest in getting his driver’s license. Yes,that is the sole fact that determines their character. Please recognize my heavy sarcasm.

With those messages, my relationship with my father were totaled like my car. This post being in the “family” category is for my boyfriend, not my father. I showed these to my uncle, who doesn’t particularly care for my boyfriend either (I don’t expect anyone to), but agreed my dad has zero ground to talk trash about someone.

My “useless” boyfriend can keep house and didn’t wait for his girlfriend to die before learning how to do anything domestic.

My “useless” boyfriend is a good child caregiver, despite he is not a father. My boyfriend became an uncle when he was in high school and would babysit his niece. I don’t think he volunteered, but he wasn’t embarrassed to be pushing that then-baby girl in a stroller for everyone to see. Meanwhile, as already mentioned, my father thinks a man who takes care of his kids is pathetic. I’m starting to think this is why I find my boyfriend’s devotion to his niece attractive.

My “useless” boyfriend pays rent to help his family. My father has never paid rent a day in his life. His late girlfriend took care of all the house bills. When she died, he moved back in with his father (my grandfather) and has since stayed solely to avoid paying his own rent (because he’d have to budget his money, and he has zero concept of that).

My “useless” boyfriend is a good partner. Yes, we’ve had our fights, made mistakes, and said things we regret, but none of that changes he is a supportive partner and has never made an attempt to control my life. Meanwhile, my father found any emotional support a chore (I know this from how he acted toward his girlfriend when I was growing up) and treated his girlfriend’s son (yes, despite not wanting children, he stayed with a woman who had a child) as a nuisance at best.

So, my “useless”, “loser” boyfriend does not have his license, and may not care to get it. But he’s not domestically incompetent, he is not embarrassed to look after children, and he has never made me feel like giving me love is a chore for him in exchange for sexual favors.

While I know someone’s relationship status doesn’t determine their character either, and that dating is harder as you get older, my father has yet to find a steady girlfriend (yes, he is looking for someone), despite flirting with and occasionally going out with several women since his girlfriend died a few years ago. Probably because no woman with any shred of respect and love for herself will put up with a nearly 50-year-old man who can’t deal with the world and humanity not catering to his small box of viewpoints. Maybe that’s why he considers anyone without a license and/or car a loser: his car, and multiple trade-ins of them, is all he has going for him to call himself successful.

Yes, that’s a shot, but if he will talk trash about my boyfriend, it’s fair game. I feel no remorse.

This man is my father in name and blood only, and nothing more. As I said, I don’t expect anyone to think of my boyfriend the way I do, but I have zero tolerance for someone trashing him behind mine or his backs, especially someone with absolutely zero grounds to make any judgement calls.

The real loser is the man who is a failure at being at a father while deeming other men “pathetic” for being competent at it.

And the bigger loser is the unfaithful, alcoholic man who raised him. 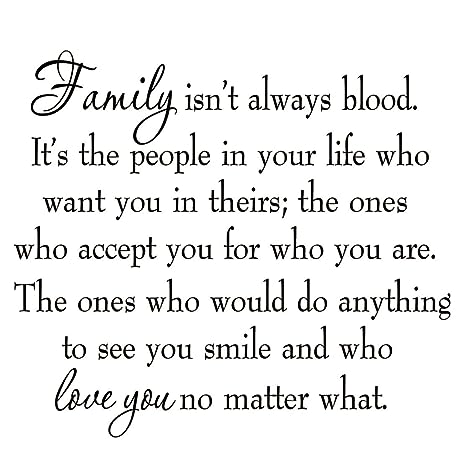 I learned this a long time ago.