Last night, my grandfather stayed home from work because he was drunk. Fourth time, I think. I really wish he had gone to work because I wouldn’t have heard the nonsense I’m about to tell you.

I won’t repeat it all here, but basically, he spent a good half hour on the phone expressing some homophobic and transphobic crap. The things he said were just disgusting. I’m not sure if his friend agreed or not because I could only hear him, but it seemed like his friend disagreed.

Apparently, they were talking about the transgender six-year-old whose parents sued the school for not letting her use the girls’ bathroom. Now, admittedly, I think that’s a bit much, but as for the child being transgender and considering herself to be a girl instead of a boy as she was physically born? I say there’s nothing wrong with that.

Really, what’s the issue? The kid feels like she should’ve been born female and not male. A lot of people say six is too young to know something like that, but I disagree. Sometimes, you just know early on. Maybe you don’t realize it or have the word for it yet, but you just know a certain thing about you. When I was a kid, I often said I liked girls. I only meant I would rather be friends with girls, but I do remember thinking I would rather marry a girl because boys were too rough or mean. What’s my sexuality? Exactly. I think I knew back then, but just didn’t realize it until my teen years.

I get that my grandfather’s from a very different generation, but I don’t think that’s an excuse because I’ve met people his age and older who weren’t bigots. He simply decides that anything he doesn’t like is wrong, whether or not it actually is. He said allowing this child to be transgender is child abuse – that the parents were forcing her – and she should be taken away. No. The parents made too big a scene, I think, but it’s not child abuse for them to allow their male-to-female transgender child to be who she is. He went so far as to say kids like that grow up confused and shoot up places because of it. No, if they shoot up places, it’s because of bigots like him. Not that I think anybody, even bigots, deserve to be killed, but that kind of nonsense can push someone over the edge and if not homicide, it’ll be suicide. Tragedy either way.

My feelings on this whole thing can really be summed up in these few words: Can’t we just act like decent human beings, love each other and shut the heck up?!

Obviously, no, but it’s a thought.

What a cute little girl! 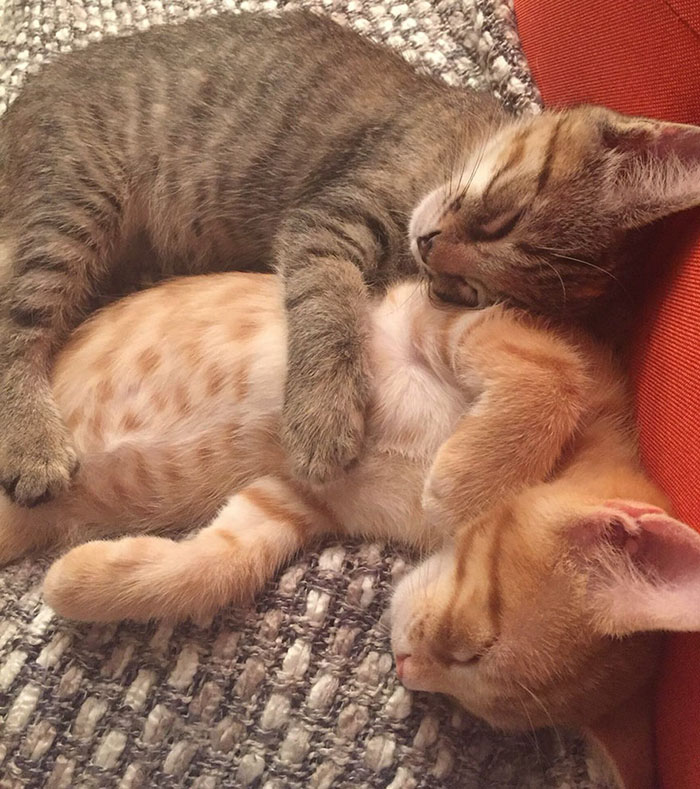 I wish I knew like these kittens seem to.

I don’t care about having a romantic relationship, for more reasons than I care to name right now. But I have found myself wanting to experience a crush or love at first sight or whatever it’s best to call it.

The feelings for my pen pal were temporary, but I have to admit I wish they’d lasted. Although there’s no chance that we ever could be together due to our locations (she’s in Europe and I’m in North America), it was a nice fantasy. But it means nothing. She means a lot to me as my friend, but the feelings I thought I had for her were meaningless.

Of course, I’m not going to go looking for love, since I can’t really control who I fall in love with. But I want to experience being head over heels for somebody. I may never have a romantic relationship in my life, but at the very least, I hope to fall in love.

When I was watching TV once, the narrator said, “Women and chocolate; it is a love affair.” Speaking for myself, I whole-heatedly agree!

I’ll be blatant. Chocolate is the sweetest treat ever! Except for dark chocolate, I’ll eat just about any kind of chocolate there is! It is irresistible! Just give me some chocolate and you will have me in your hands!

So why do I love this sweet treat? Well…

Things To Do During My Gap Year

Two weeks ago, I posted about my plan to postpone college until 2014. I listed a few reasons and my mother is in agreement with the idea, so it seems I’m set.

I already know what I want to do during my gap year. I think I may create a page at the end of the school year and cross things off as I get them done to ensure I do everything I want.

In four days, one of by favorite holidays will have arrived: Valentine’s Day.

We all know what Valentine’s Day is about. Love, hugs, candy and chocolate! Yum, chocolate! It’s also a day many couples choose to do something special like a movie, dinner date or, if they’re really feeling the love in the air, sex.

Valentine’s Day is also hated by a lot of people. Usually, it’s either single people or people whose partner is absent for whatever reason.

I’m single. I’ve never been in a relationship or even had a crush. Well, there is my pen pal, but it seems those feelings have faded and now, they’re purely platonic. Yet, I love Valentine’s Day! I look forward to this day.

Valentine’s Day is when I try to be extra sweet and cheerful. I show my friends and family more attention because I love them (even if my family grates on my nerves 75% of the time) and that’s what Valentine’s Day is about. Love. But instead of love and romance, I say love and friendship.

Since I am broke, my friends can look forward to Valentine e-cards this year. As for me, I don’t usually get anything because my friends aren’t as crazy about this holiday as I am. But that’s alright. It’s a nice gesture that makes them smile and makes me feel good.